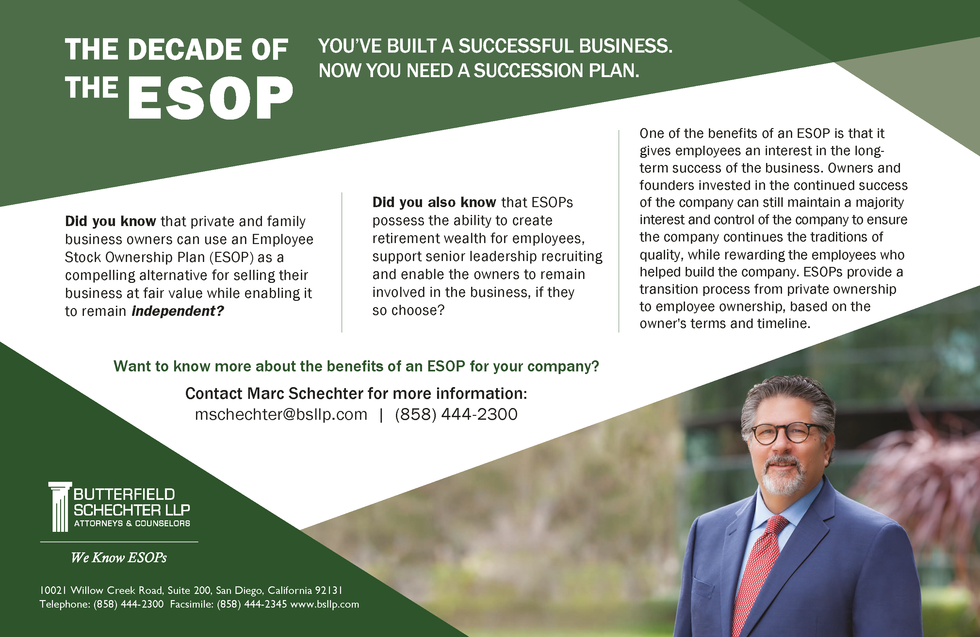 An Employee Stock Ownership Plan (ESOP) is a qualified retirement plan that invests primarily in employer securities. ESOPs allow employees to share in ownership of their employer. Eligible employees are provided stock ownership as a benefit of working for the company. There are many benefits to providing an ESOP to employees, including the ability to maintain a certain corporate culture and provide employer-funded retirement benefits.

Regulation of ESOPs falls under the Employee Retirement Income Security Act of 1974 (ERISA) and the Internal Revenue Code (IRC). ERISA is a federal law that establishes the minimum standards for most voluntary private pension and health plans. ERISA mandates fiduciary duties for plan managers and those who control plan assets, including requiring disclosure of plan information. ERISA also allows participants to file legal claims for benefits and breaches of fiduciary duty. The IRC establishes federal income tax rules for benefits and plan design.

An ESOP is a defined contribution employee benefit plan, with benefits based on how much stock the employee accumulates in their ESOP account over the course of their employment and how the company stock has performed. Shares may be allocated based on different formulas, but most commonly as a percentage of the employee's salary.

According to the National Center for Employee Ownership (NCEO), the average ESOP contribution is about 6-10 percent of employee pay. There are now more than 7,000 companies with ESOPs, with over 13 million employees participating in employee stock ownership plans. ESOPs are most common in privately held (non-publicly traded) companies.

ESOP stock acquisitions are usually funded through a loan taken out by the company. The company then loans the money to an ESOP trust. Alternatively, the seller may take back a promissory note and is paid for its shares in installments. The company makes contributions to the trust and the trust uses that money to repay the loan. Shares in the company are allocated to employees' accounts as the loan is repaid. When an employee leaves the company or retires, the company or the ESOP distributes the value of the employee's vested shares, usually in cash.

The price at which an ESOP purchases stock in the company is based on the stock's independently appraised fair market value. The value of a participant's interest is determined by an independent appraisal of the stock, valued at least once per year.

In most cases, the company funds the ESOP, with employees paying nothing to participate in the company's ESOP. However, some companies may have other programs which offer employees stock in the company. This includes direct purchase plans and stock options.

Benefits of an ESOP

One of the benefits of an ESOP is the understanding that employees who have an ownership interest in the company will be encouraged to do what is best for the company's financial interest. As shareholders in the company through participation in the ESOP, the employee has a financial incentive to see the company succeed. This may increase productivity, reduce waste, and increase profitability.

Tax incentives are another primary financial benefit to having an ESOP. Tax incentives may benefit the employee as well as the employer and founders of the company. Employer contributions to an ESOP are tax-deductible, generally up to 25% of employee payroll per year. The employer may also be able to deduct dividends paid on ESOP stock in cash to plan participants, dividends paid to the ESOP, or as dividends reinvested in company securities. Companies can also use an ESOP to borrow money and repay the debt with pretax dollars.

Employees enrolled in an ESOP are not taxed on the stock they are allocated under the plan until they receive distributions. The employee may also be able to rollover ESOP distributions into an IRA and defer paying taxes on the money until it is withdrawn.

Despite the many benefits of an ESOP, there may be some limitations. Some companies may not be able to take advantage of an ESOP, such as professional corporations or partnerships and LLCs.

When plan fiduciaries breach their duty to employees participating in the ESOP, the participants may have a cause of action against the fiduciary. The employees may believe the fiduciary was paying too much for company stock, based on a theory that the stock was overvalued, or the fiduciary was engaged in transactions that were not in the best interest of the ESOP participants. In other cases, the government may allege ESOP activities have violated ERISA or other federal restrictions on ESOP management.

Butterfield Schechter LLP is San Diego County's largest firm focusing its law practice primarily on employee benefit legal services. We represent ESOP clients across the United States in all aspects of ESOP transactions. We are dedicated to employee ownership, as evidenced by our active involvement and leadership in such professional associations as The ESOP Association, the National Center for Employee Ownership (NCEO), and the Beyster Institute for Entrepreneurial Employee Ownership.

When you come to us for ESOP services, you receive influential legal counsel who stand beside you to help you stay informed, in compliance, and abreast of the latest developments—all to help you operate your plan to meet your goals for implementing the ESOP as fully and effectively as possible. Contact our office today with any questions on how we can help you and your business take advantage of the many benefits an ESOP program may offer.

October is Employee Ownership Month! Did you know that private and family business owners can use an ESOP as a compelling alternative for selling their business?

October is Employee Ownership Month! Did you know that the largest majority employee-owned company is a grocery store?

[BLOG SERIES - 6 OF 6] ESOPs: A Solution for The Great Resignation - Can ESOPs Benefit Disadvantaged Communities?

[BLOG SERIES - 5 OF 6] ESOPs: A Solution for The Great Resignation - How Can an ESOP help in My Specific Industry?

[BLOG SERIES - 4 OF 6] ESOPs: A Solution for The Great Resignation - Why are ESOPs an Effective Tool in Addressing High Turnover?

[BLOG SERIES - 3 OF 6] ESOPs: A Solution for The Great Resignation - Is My Company Too Small for an ESOP?

[BLOG SERIES - 2 OF 6] ESOPs: A Solution for The Great Resignation - What are the Benefits of an ESOP?

[BLOG SERIES - 1 OF 6] ESOPs: A Solution for The Great Resignation - What is an ESOP?

Celebrating the Decade of the ESOP during October - Employee Ownership Month!

Solve Your Shareholder Liquidity Problems With an ESOP!

Ready to retire and sell your business? Have you considered an ESOP as a succession strategy?

Which Employee Ownership Model is Right for Your San Diego Business?

Employee-Ownership in the Publishing Industry

How ESOPs Can Address Wealth Inequality

Employee Ownership Over the Years

Benefits of an ESOP for Family-Owned Companies

Will You Be Able to Retire from Your Small Business?

Why are Employee-Owned Companies So Much Better With Retention?

ESOPs in the Craft Beer Industry

Are ESOPs Right for California Breweries?

How Technology Companies Can Benefit from Employee Ownership

Why Engineering and Architecture Firms are Turning to ESOPs

The Benefits of Being an Employee Owned Company

ESOP Pitfalls and How to Avoid Them

ESOPs: Latest Trends and Developments in the 2017 Landscape

ESOPs: Issues to Consider Before Converting from C-Corp to S-Corp

Why Choose an ESOP for Your Construction Company?

Is Your Company Too Small for an ESOP?

Succession Planning for Your Construction Business

NCEO is a nonprofit supporting the employee ownership community. Whether you are considering employee ownership, managing a plan, or advising clients, the NCEO can help you make smart decisions and connect with thousands of companies. 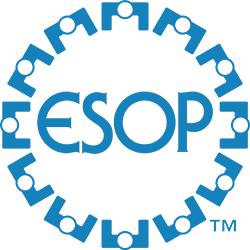 The ESOP Association's mission is to educate about and advocate for employee ownership with an emphasis on ESOPs.