Employee Ownership Over the Years 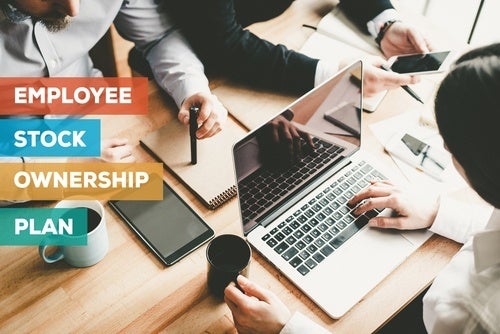 An article in the Harvard Business Review evaluating the performance of employee stock ownership plans (ESOPs) found that ESOP-owned companies generally have faster growth than non-employee owned companies, in part due to the added value of employee participation, having a stake in the company, and creating additional employee benefits. The article, “How Well is Employee Ownership Working?” is actually from 1987.

Over the past 30 years, ESOP participation has continued to grow. Lawmakers have also sweetened the deal for switching over to employee ownership through tax incentives for owners and employee-participants. As the number of retiring business owners continues to grow, the benefits of ESOPs for companies and workers may be higher now than at any time before.

How Employee Ownership in the U.S. Has Changed Over the Years

In 1974, the Employee Retirement Income Security Act (ERISA) passed in Congress, including designating ESOPs as a defined contribution qualifyied retirement plan under the tax code. Over the years, tax laws have evolved to clarify the requirements for ESOPs, provide for deduction limitations, and allow for deferral of capital gains for certain owners.

Rarity of a Traditional Pension

Some of the benefits of an ESOP for employees and owners are more noticeable now than 40 years ago. In the past, workers tended to stay at jobs longer, were more likely to receive pensions, and individuals may have then relied less on their own retirement savings.

According to Workforce, “by 1970, 26.3 million private sector workers (45 percent of all private sector employees) were covered by some kind of pension plan.” However, by 2011, only 7 percent of employees participate in a traditional defined benefit plan which provides a monthly benefit at retirement.

In the past, many workers would get a job and stay at the same company for 40 or 50 years until retirement. According to the Department of Labor, the average tenure among younger workers aged 25 to 34  today is 2.8 years. Companies lose money when they spend time and resources to get an employee up to speed but do not spend the resources to keep that employee with the company.

Many employees do not feel invested with the companies they work for, in part, because there is a disconnect between the growth of the company and the benefits to employees. However, turnover at ESOP-owned companies tends to be much lower than at other ownership businesses. The investment in working for the same company generally increases over time as their ownership interest increases.

Is an ESOP Right for Your California Business?

Business owners and founders who are looking to retire can take advantage of the many benefits of an ESOP, including managing the future path of the business and gaining tax advantages. If you have any questions about how an ESOP can help your business while providing for your retirement, the law firm of Butterfield Schechter LLP is here to help. We are San Diego County's largest law firm focusing its law practice on employee benefits law. Contact our office today.