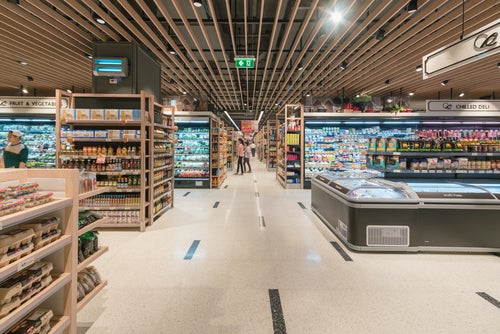 The largest ESOP in the U.S. has more employee-participants than the next 10 largest combined. Publix is a grocery store chain headquartered in Florida with over 1,000 locations throughout the South. According to the Publix website, the company's founder created an ESOP so that employees had the formal opportunity to take an ownership interest in the company.

Other supermarket chains amongst the 100 largest ESOPs include:

As an ownership model, ESOPs can be beneficial to a number of industries, including engineering firms, architecture companies, and defense contractor businesses. However, grocery stores may be unique among ESOPs because employees have the opportunity to not only act as workers and owners but also as customers.

ESOPs can also benefit the community at large. Employee-owned companies keep capital in the community through employee benefits. With lower rates of turnover, employees can also be more invested in their local community over time. In many ways, a grocery store acts like a micro-community. A grocery store is a place where local residents gather regularly, interact with neighbors, and see the familiar faces of long-time employees.

Employee-Ownership for the Bottom Line

The benefits of an employee-owned company extend beyond employee benefits. An ESOP can have a number of benefits for company owners, founders, and the company itself. For the company, contributions to an ESOP may be tax deductible. Surveys have also shown many ESOPs report increased productivity after converting to employee ownership.

For owners, an ESOP provides a fair market value buyer where the market may offer limited private company buyers. Owners may also be able to defer capital gains after selling their interest in the company to an ESOP.

Founders often have a personal interest in the company, especially after years of building up a company from scratch. The founders' family name and reputation may be attached to the company that continues even after the founder retires. An ESOP allows the founders to maintain some level of influence during the transition to show employees, customers, and the community that the business will continue as before.

California is a leader in the food, nutrition, and health industry. Many of those unique businesses were started in California in the 1970s and 1980s. The founders of those companies may be looking to retire while leaving the company in capable hands.