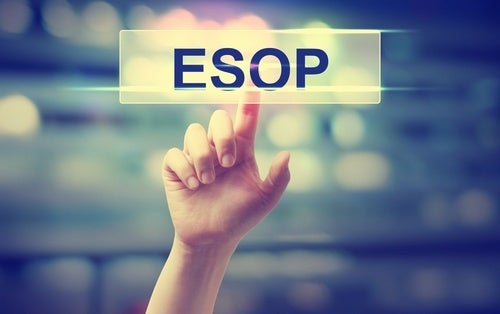 The benefits of an ESOP include tax savings for sellers, increased retirement savings for workers, and a viable succession plan for retiring business owners. However, even though ESOPs have been part of the Tax Code since 1976, there has been a significant recent increase in interest for their use, ESOPs do not normally spring to mind for owners eyeing retirement because they or their advisors may not be familiar with how ESOPs work. Instead, the primary options provided to retiring business owners are still:

None of these options focus on those who have helped build the company and stand to lose the most when the founders retire--the employees. The company workers may also be the best positioned to take over the company after the owner retires and employee-ownership provides a financial incentive for the continued success of the business.

In the coming years, thousands of small business owners will be retiring. The so-called silver tsunami of retiring small and midsize business owners are finding that their children or family members are not interested in taking over the family business.

With an increasing supply of businesses on the market, conglomerates and private equity firms can offer less than market value for companies with limited buyers. Business owners who have spent their lives building up a company with a strong reputation may also be worried about the practical impacts of selling to a buyer who has no interest in the business beyond the strictly financial value.

States are taking action to push for employee-ownership as a succession option for retiring businesses. Massachusetts is reviving its Office for Employee Involvement and Ownership (EIO). The EIO was established in the late 1980s as a way to increase employee ownership at a time of closing industrial plants and worker layoffs. Facing a new wave of potential shut-downs, Massachusetts is looking at employee-ownership as an answer to the silver tsunami forecast.

Within the next decade, there will be more than 9 million Californians over the age of 65--20% of the state's residents will be seniors. According to the advocacy group Project Equity, nearly half of all privately-held businesses with employees in the U.S. are owned by baby boomers. There are almost 290,000 baby-boomer owned businesses in California alone, with 2.9 million employees.

California has the opportunity to be a trailblazer in addressing this problem. A pro-ESOP bill was introduced in the California Senate to incentivize employee ownership. Other states, including Iowa, Missouri, and Colorado have also adopted legislation to promote ESOPs as a benefit for workers and the community, and as an answer to the question of what will happen when thousands of small business owners retire.

Here in San Diego, Modern Times announced its plan to transition to employee ownership. At 30% ESOP owned, the brewery has a goal of becoming 100% employee-owned, in connection with “company's existing values and culture.”

Business owners in California should consider an ESOP as an option to provide tax benefits and a ready buyer for their company when looking towards retirement. If you have any questions about ESOP benefits for your company, Butterfield Schechter LLP is here to help. We are San Diego County largest law firm focusing its law practice on employee benefits. Contact our office today with any questions on how we can help you and your business succeed.