ESOPs: Issues to Consider Before Converting from C-Corp to S-Corp 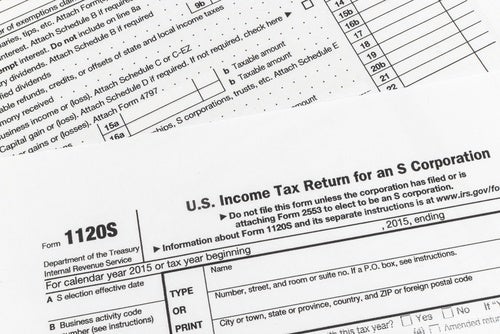 There are a number of reasons why a company decides to convert to an S corporation from a C corporation. An S-Corp may provide tax advantages over a C-Corp. C-Corps are generally subject to double taxation, while S-Corps are pass-through entities for federal tax purposes. (S-Corps are subject to 1.5% tax on net income in California). However, a company may also need to consider how a corporate conversion may affect their employee stock ownership plan.

An Employee Stock Ownership Plan (ESOP) is a qualified retirement plan with investments primarily in employer securities. ESOPs allow employees to have a stake in their company through stock ownership as a benefit of working for the company. ESOPs have only been available to S-Corps since 1998 when Congress passed a law to allow ESOPs to own stock in an S-Corp. However, not all companies are able to convert from a C-Corp to an S-Corp, without significant restructuring. S-Corps are still limited to 100 shareholders.

An S-Corp, as a pass-through entity, is not subject to federal income tax. The S-Corp's shares are held by an ESOP trust, as a tax-exempt entity, the shares of the ESOP are not taxed. This means that a fully ESOP-owned S-Corp could end up paying no federal income tax. ESOP participants pay income tax when they receive a distribution from the S-Corp.

S-Corps and C-Corps can generally deduct contributions to the ESOP of up to 25% of qualifying employee payroll annually to repay an ESOP loan used to acquire shares of the company. However, S-Corps must include interest as well as principal, where C-Corps base this contribution amount only on the principal paid.

When the shareholder or shareholders of a closely held C-Corp sells stock to the C-Corp's ESOP, the shareholders can defer federal income tax on the gain, where the ESOP owns at least 30% of the company stock after the sale, and the seller must rollover the investment in the securities of a U.S-based corporation within a given period of time. However, the ESOP may be limited on when they can sell the stock acquired through the rollover sale. An S-Corp owner may not be eligible for similar rollover treatment.

Dividends paid on a C-Corp ESOP are tax deductible so long as they are used to pay down an ESOP loan, or are passed on to employees. However, S-Corp ESOP dividends are generally not tax-deductible.

If you have any questions about how converting from a C-Corp to an S-Corp may impact your ESOP and other benefit plans, the law firm of Butterfield Schechter LLP is here to help. We are San Diego County's largest law firm focusing its law practice on ERISA and employee benefits law. Contact our office today with any questions on how we can help you and your business succeed.