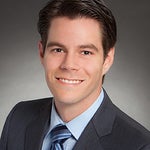 Mr. Schechter has been a goal-oriented individual from an early age. As a child, he aspired to one day become a professional golfer on the PGA Tour. His desire and hard work to attempt that feat earned him a collegiate athletic scholarship and a spot on the Division I Golf team at Seton Hall University where he began to realize his academic rather than his athletic potential. While attending Seton Hall, Mr. Schechter took a course in Political Science where he developed a deep appreciation for the rule of law in our society and the importance of the judicial system within the United States where disputing parties can be heard and their differences resolved in a civilized manner. It was at that point that Mr. Schechter had a sudden change of heart regarding his intended career, choosing to major academically in Political Science with one goal in mind – to go to law school and one day become an attorney alongside his father whom he had personally witnessed work so hard to ensure the best possible results for his clients. He is proud to say that he has lived up to that goal.

Mr. Schechter's passion these days is helping others who face complex decisions involving the often difficult situation of securing a financially-sound future for themselves and their families. In doing so, he has chosen to focus his practice on legal matters arising under the Employee Retirement Income Security Act (also known as “ERISA”). His day-to-day work consists of litigating claims on behalf of employees for workers' disability insurance benefits, life insurance benefits, and retirement benefits which have been wrongfully denied by their employers and/or large insurance companies. Mr. Schechter also assists in the designing and preparation of tax-qualified (or “tax-favored”) retirement plan documents including defined contribution plans (including 401(k) and profit sharing plans, among others) and defined benefit plans (such as traditional pension plans), and also assists in the designing and preparation of non-qualified deferred compensation plans for employers of all sizes situated throughout the United States.

More recently, Mr. Schechter has chosen to dedicate a significant amount of his legal practice to the preparation of state domestic relations orders and Qualified Domestic Relations Orders (or “QDROs” for short) which are typically required in order to divide the retirement benefits of recently-divorced couples where at least one of the former spouses made contributions (or had contributions made on their behalf) to a retirement benefit plan during their marriage. He also reviews QDROs and state domestic relations orders that have previously been prepared by other counsel for compliance with the law and for protection of the interest of the ex-spouse seeking a review of a previously prepared order.

Despite his tireless effort and the natural affinity Mr. Schechter has for performing and providing the highest quality legal services to each of his clients (and the significant expenditure of time that involves), he still manages to do his best to get himself out on the golf course whenever the opportunity presents itself!