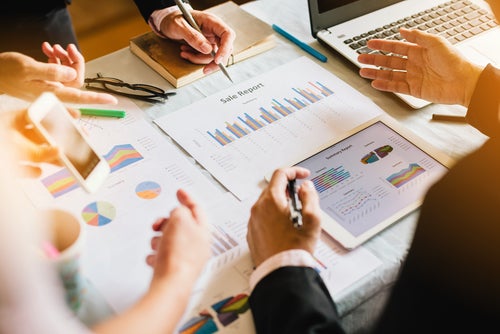 When business owners are eyeing retirement, they may be ignoring a ready buyer for their business standing right in front of them. After years of building the company, the founder's hope that the younger generation will take over may never materialize, leaving the owner without an exit strategy. The owner may spend time and energy looking for a buyer only to find that the right buyer never appears or offers below market value. Employee-ownership is often overlooked by business owners who are not aware of all the benefits.

Benefits of an ESOP for Retiring Business Owners

As a relatively unique option, many owners never evaluate converting ownership of their company to an Employee Stock Ownership Plan (ESOP) simply because they have not considered it. Selling to a private company or transferring ownership to a family member may appear more straightforward but an ESOP is not as complicated as it may seem. An ESOP may also allow for more flexible control options during the transition as the owner sets the timeline to retire.

Do You Have a Realistic Exit Strategy?

Many of the owners plan to sell their business but over half have never had their business appraised. Yet the majority of these owners also believe they would be able to sell the business within a year. According to some estimates, only about 20% to 30% of businesses that end up on the market will ever sell. Without a buyer, most owners may consider winding down the business as their only option, without looking to the buyer that may have provided the best sales option from the beginning.

What Does an ESOP Offer Over Selling the Business in the Open Market?

There are a number of financial benefits of establishing an ESOP as an exit strategy for retiring business owners. Among the primary benefits are:

Owners who are still hesitant about committing to an ESOP still have the option of pursuing both private sale and sale to an ESOP. The owner can review any private equity or competitor offers before deciding whether to go through a private sale or the ESOP option and get a better idea of the company's real market value.

ESOPs can also provide more options to maintain a level of control over the business. This includes being able to continue running the day-to-day operations during and after the transition to an ESOP. The owner could also choose to transition control over time, ensuring that by the time the founder decides to retire, he or she would have more confidence in the direction of the company and continued success.

The most unique aspect of an ESOP continues to impact the company after the transition. This includes the associated increase in productivity, worker satisfaction, reduced turnover, vested interest of workers in the company, and higher retirement savings. This can increase the value of the company as well as the reputation of the company within the community.

Instead of ignoring the ESOP alternative as too complicated, talk to an experienced ESOP lawyer about your options, the process, and timeline for converting to employee-ownership. It is not only less complicated than it may seem, but it also can speed up the sales timeline over listing on the unpredictable open market.

If you have any questions about how an ESOP might facilitate a sale of your business, the law firm of Butterfield Schechter LLP is here to help. Contact our office in San Diego today with any questions on how we can help you and your business succeed.