ESOPs in the Craft Beer Industry 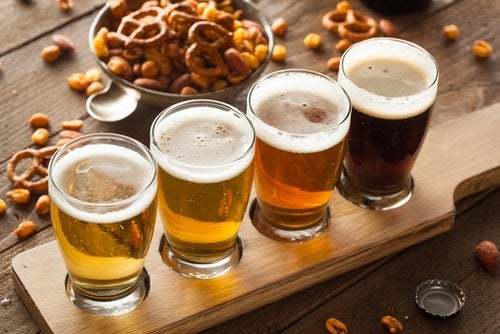 San Diego has become a center of craft brewing. With more than 150 breweries, San Diego has been called the Craft Beer Capital of America. This includes some of the country's first craft breweries like Karl Strauss and Pizza Port, as well as some of the largest and most popular beer brands like Ballast Point, Stone, and Green Flash. As other breweries have learned, the craft beer industry is ripe for employee ownership under an Employee Stock Ownership Plan, more commonly known as an ESOP.

In the past few years, a number of craft breweries have chosen ESOPs. This includes some well-known Colorado breweries, like New Belgium, Odell, and Left Hand Brewing. The brewery founders and owners can utilize an ESOP for liquidity while allowing them to maintain a majority ownership and avoid selling to a third-party.

Last year, the popular San Diego brewery Modern Times announced it would become the area's first employee-owned brewery. An ESOP holds 30% of the growing brewery with a goal to become 100% employee-owned. According to the company, “employee ownership is a logical extension of the company's existing values and culture.”

An Employee Stock Ownership Plan (ESOP) is a special type of qualified defined contribution retirement plan. The ESOP invests primarily in company stock. For plan participants, company shares are held in the ESOP trust generally until the employee retires. When the employee retires or leaves the company, the shares in the participant's account are either paid out in cash at independently appraised fair market value or, in the more usual circumstance, distributed to the employee. ESOPs offer benefits to employees, owners, and to the company itself.

An ESOP provides a way to reward employees for their hard work by allowing them to share in the growth in value of the company. This gives employees an incentive to see the brewery thrive and continue to grow. With a long-term interest in the business, it also encourages employees to stay with the brewery, saving the company costs associated with high turnover rates.

When craft brewery founders and owners are ready to take a break from the day-to-day oversight of the company, an ESOP provides a way to sell off shares of the company while maintaining a majority interest. Unlike most private sales, an ESOP allows owners to transition moving away from ownership over time. This may also give the founders peace of mind knowing that the brewery can continue as intended after they decide to retire.

Big beer companies looking to keep their share of the market have been buying craft breweries of all sizes. While some brewery start-ups are happy to sell the company to beer conglomerates, others believe independence is what has helped the craft industry become so successful. An ESOP can provide a way for owners to create liquidity without having to “sell out” to big beer.

Employees and owners can also take advantage of ESOP tax benefits. Employer contributions to an ESOP, whether in the form of cash or shares of the brewery's stock, are generally tax-deductible for up to 25% of payroll. Owners may also be able to defer capital gains on the sale of their shares to the ESOP. For employees, benefits include deferred taxation on ESOP stock interests until they begin to receive distributions.

If you have any questions about how ESOP ownership could benefit your company, the law firm of Butterfield Schechter LLP is here to help. We are San Diego County's largest law firm focusing its law practice on employee benefits law. We invite you to contact our office today with any questions on how we can help you and your business succeed in implementing an employee ownership program.