Benefit Plan Sponsors Must Be Given Deference in Plan Interpretation 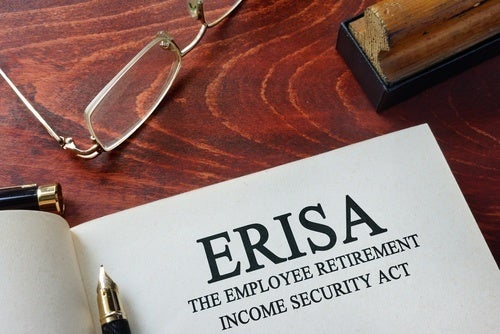 Under ERISA, benefit plan administrators, managers, or those who control plan assets have a fiduciary duty to plan participants. One of those fiduciary duties includes following the terms of the plan documents. This includes how the plan determines eligibility for benefits and makes factual determinations of eligibility. When a plan beneficiary believes the plan sponsor violated their fiduciary duty, the beneficiary may be able to file a lawsuit against the fiduciary.

In an ERISA lawsuit, the court may review the plan sponsors determination of benefits. The standard of review depends, in part, on the plan documents. According to the Supreme Court decision in Firestone Tire & Rubber Co. v. Bruch, 489 U.S. 101 (1989), a court can review a dispute over benefits using a de novo standard or a deferential standard.

The deferential standard looks at whether the plan's decision was “arbitrary, capricious or an abuse of discretion.” The court reviews ERISA claims de novo, "unless the benefit plan gives the administrator or fiduciary discretionary authority to determine eligibility for benefits or to construe the terms of the plan." This is sometimes known as the “Firestone exception.”

A recent federal appeals court decision has vacated the lower court's decision and remanded the case back to the court. The decision found the district court had used the wrong standard of review and the ambiguous terms of the plan should have been reviewed using the deferential arbitrary and capricious standard.

According to the decision, the district court found that a retirement plan which underpaid retirees was unambiguous in the retiree's favor. The district court applied basic and equitable contract law standards to the agreement instead of the arbitrary and capricious review for construing ERISA plan terms. Using contract law, the court construed the ambiguous terms in favor of the retirees and against the plan sponsor.

On appeal, the court determined the retirement plan granted the plan administrator “the power and discretion . . . to construe all terms, provisions, conditions and limitations of the Plan,” and “to determine all questions arising out of or in connection with the provisions of the Plan or its administration in any and all cases . . . .” Norton Plan § 6.06(b)(2)–(3). The appeals court found this language clearly invoked the Firestone deference.

Employee benefit plan language is important to both plan beneficiaries and plan sponsors. As the federal court stated in the above case, “It is simply not our job to rescue parties from the unintended consequences of complexity, sloppy drafting, or bad negotiating. The time to close loopholes is in the offices of transactional lawyers, not in the courts fourteen years later.”

If you have any questions about the language in your ERISA-governed benefit plan, Butterfield Schechter LLP is here to help. We are San Diego County's largest firm focusing its law practice on employee benefits. Our firm can provide ERISA counseling and help you avoid costly litigation. Contact our office today with any questions on how we can help you and your business succeed.