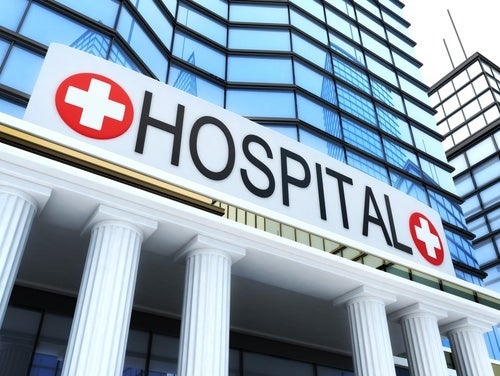 Historically, a number of large hospital systems in the U.S. were established by churches or religious organizations. The Employee Retirement Income Security Act of 1974 (ERISA) regulates most private employer retirement and benefits plans. ERISA mandates minimum funding and reporting requirements, fiduciary duties, and recourse to participants for ERISA violations. However, churches and church-affiliated entities are generally exempted from ERISA regulations.

Nevertheless, many patients, doctors, and employees of these hospitals see little difference between secular and church-affiliated hospitals. A group of employees from three large church-affiliated hospital groups from across the country filed lawsuits against their respective employers for wrongly claiming a religious exemption under ERISA. Specifically, employees with Saint Peter's Healthcare System in New Jersey, Advocate Health Care Network in Illinois, and California-based Dignity Health filed separate lawsuits in federal court. According to the employees, the hospitals were essentially large companies acting under the auspices of a church to avoid ERISA regulations.

In three separate initial rulings, Federal Circuit Courts for the Third, Seventh, and Ninth Circuits found that the statutory provisions of ERISA created a requirement that the benefit plan must have been established by a church in order for that plan to qualify for the “church plan” exemption under ERISA. The lawsuits sought retroactive penalties for ERISA violations, which could have cost the hospitals billions. The hospitals appealed the district court decisions and the Supreme Court consolidated the three cases on appeal by the healthcare systems.

In the case, Advocate Health Care Network v. Stapleton, No. 16-74, 581 U.S.____ (2017), the Supreme Court ruled 8 to 0 that an employee benefit plan maintained by a church-controlled or church-affiliated organization can qualify as a “church plan” exempt from ERISA regardless of who establishes the plan. Justice Kagan delivered the opinion of the Court, with Justice Sotomayor filing a concurring opinion. In its opinion, the Supreme Court held that “a plan maintained by a principal-purpose organization qualifies as a “church plan,” regardless of who established it.”

However, in the concurring opinion, Justice Sotomayor wrote that organizations such as these hospitals, “operate for-profit subsidiaries, employ thousands of employees, earn billions of dollars in revenue,” and compete with secular hospitals who have to comply with costly ERISA regulations. “These organizations thus bear little resemblance to those Congress considered when enacting the 1980 amendment to the church plan definition.”

An attorney for the employees said they were disappointed by the ruling. “The decision avoids deciding whether large non-profit hospital systems meet the requirements for the exemption,” Karen L. Handorf wrote in an email. “We will continue litigating these cases in the courts to ensure that the ‘church plan' exemption is claimed only in appropriate circumstances.”

If you have any questions about ERISA compliance for your company, contact your ERISA attorneys. Butterfield Schechter LLP is San Diego County's largest firm focusing its law practice on employee benefits. Our firm can help you maintain compliance with ERISA regulations, avoid ERISA penalties, and represent you in ERISA litigation. Contact our office today with any questions on how we can help you and your business succeed.