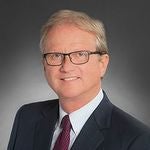 “The most important thing to know about ERISA is what's important.” – Rob Butterfield

Robert (Rob) K. Butterfield was born in Hartford, Connecticut in 1951. With a long family history steeped in the New England states (and the Caribbean), Rob remained rooted in the area and attended Boston University, where he obtained his undergraduate degree in 1974. No stranger to hard work and adventure, Mr. Butterfield made his way West to San Diego to attend the University of San Diego School of Law where he earned his Juris Doctorate in 1977.

Mr. Butterfield's legal career extends over four decades in San Diego. He has practiced employee benefits, tax, estate planning and corporate law since 1977. Beyond his legal career, Mr. Butterfield remains a dedicated community leader cofounding “Promises2Kids”, participating in many charitable events throughout each year, running for U.S. Congress as a nominee of a major political party in 1988, and has held several past leadership positions in local civic and legal organizations:

Mr. Butterfield enjoys an active lifestyle when he is outside of the office, where he can be found skiing during the winter, hiking, and captaining his waterski boat on our local bays with his loyal dog, Cannoli (during the summer). An avid historian and lifelong learner, Mr. Butterfield enjoys travel. A “bucket list” item is to visit the Caribbean island of Saba where his maternal grandfather grew up (descended from pirates). He also has his interests in the arts. Mr. Butterfield's daughter, Jillian Butterfield, is an accomplished singer and performer, who currently resides in New York City (except when she is performing). Jillian has recently secured the lead role as Belle in the production of Beauty and the Beast on the Disney Dream cruise ship.